What could possibly go wrong?... Also see What Bitcoin Watchers Are Saying After the Surge Past $10,000 (Bloomberg)


"Bitcoin surpassed $10,000 for the first time and continued higher, taking this year’s price surge to 11-fold even as warnings multiply that the largest digital currency is an asset bubble.

The euphoria is bringing to the mainstream what was once considered the provenance of computer developers, futurists and libertarians seeking to create an alternative to central bank-controlled monetary systems. While the actual volume of transactions conducted in cryptocurrencies is relatively small, the optimism surrounding the technology continues to drive it to new highs." 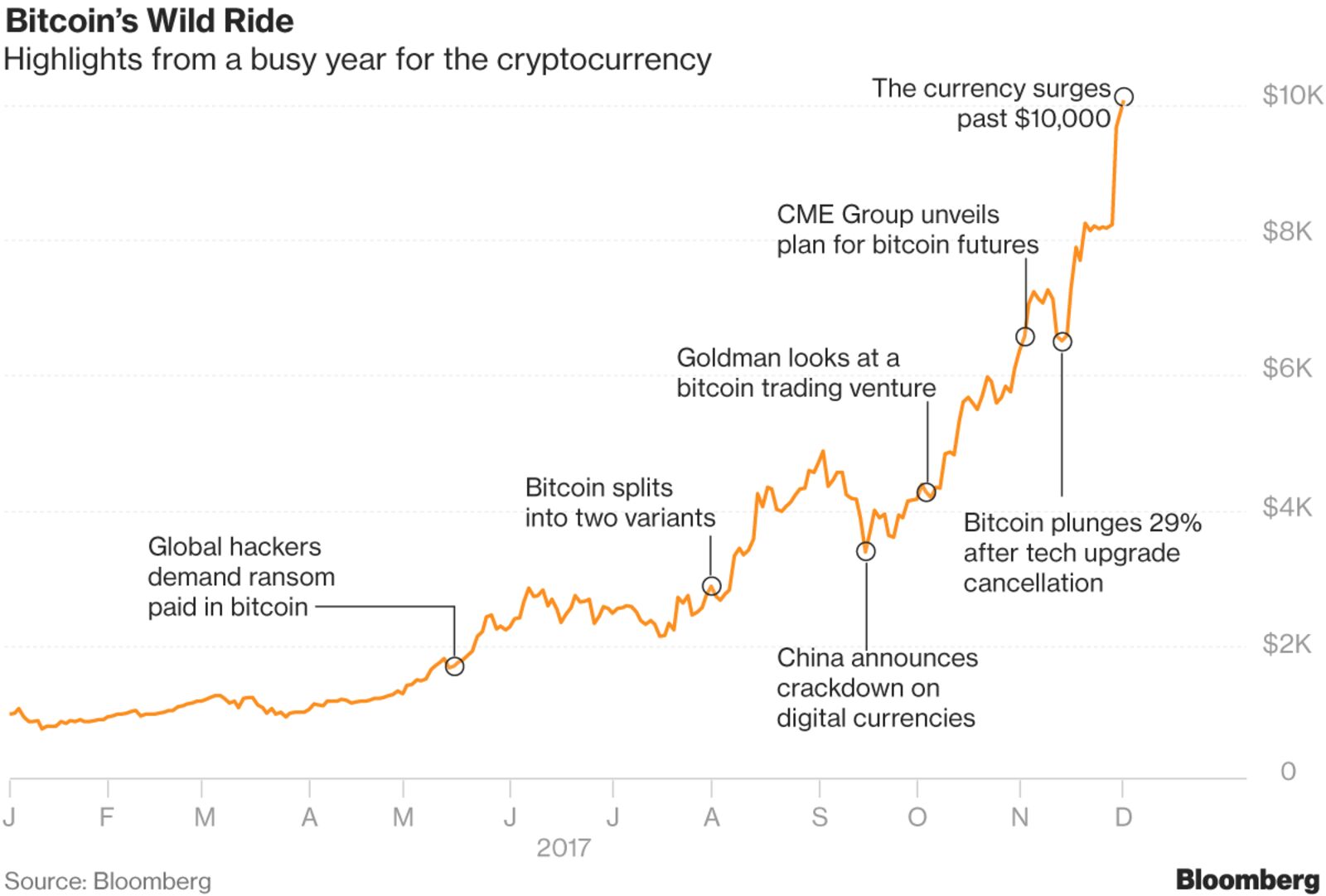 Bitcoin Blasts to Record $10,000 as Bubble Warnings Multiply - Bloomberg
Posted by pbokelly at 7:23 AM