Somehow I suspect Trump's enablers are not in a rush to have Julian Assange testify, e.g., about 2016 Wikileaks activities


"But if you look at the indictment, on a very narrow charge of computer hacking conspiracy, it’s evident that the government stayed well clear of the dangerous notion of prosecuting a publisher for publishing. And, if anything, Assange might get exactly the fight he’s looking for, served up to him by the government he purports to loathe.

If the case plays out as expected, he’ll first get a platform in Britain to argue to a worldwide audience that it’s all a political setup. And if he loses that round, and the case does come back to the United States, he might well get the government to serve him up, by law, the kind of massive document haul he loves.

Given the broad constellation of charges prosecutors have contemplated throwing at Assange, including the Espionage Act, Wednesday’s indictment is very weak tea. Unless prosecutors charge Assange with bigger crimes—something Reuters reports the Justice Department may do—the former fugitive could succeed in using British extradition proceedings to avoid U.S. prosecution." 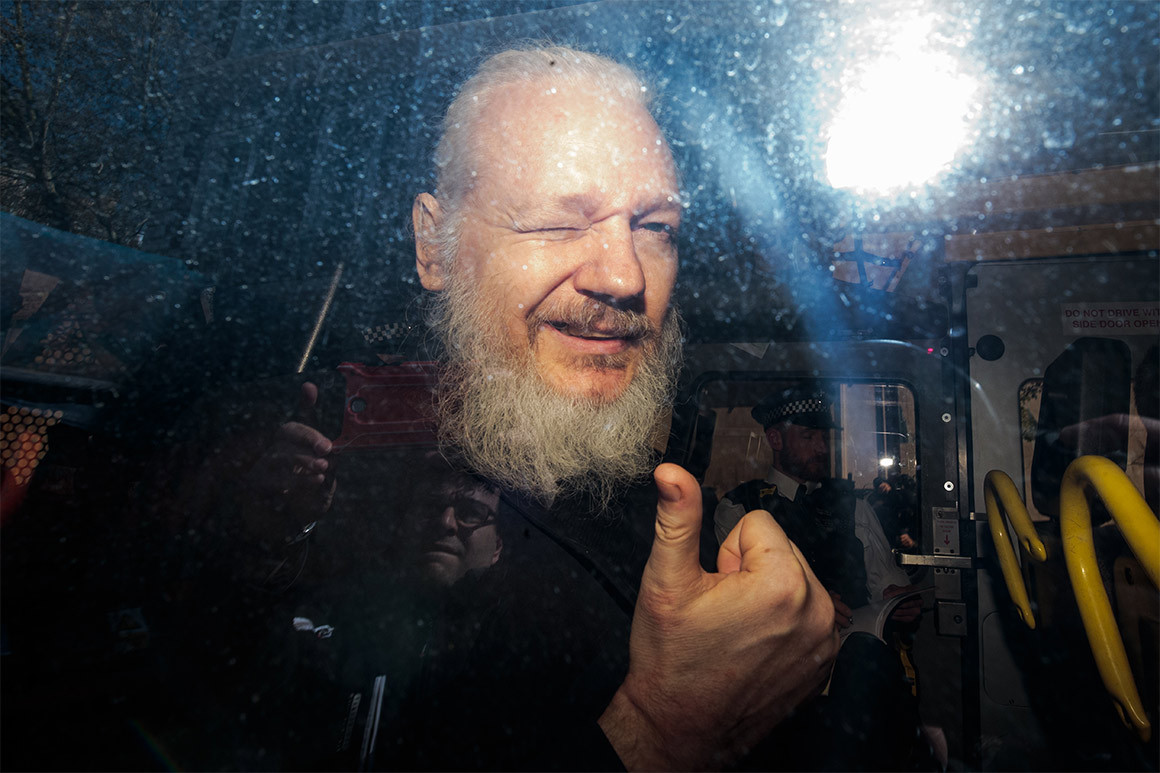 Julian Assange Might Have Already Won | Politico
Posted by pbokelly at 6:59 AM