I am a big Swype fan – indeed, I consider it to be a key differentiator between iOS and Android device options (Swype was included with my Verizon Samsung Fascinate).  Check this January Swype co-founder interview for more details.

"It's amazing to me that we still use QWERTY keyboards," says Juan Pons, General Manager of the eastern branch of Swype, a company that makes an alternative input system for text. "At Swype, we are hoping to address and change this."
Though the keyboard is a familiar device, Pons is quick to point out that it was designed for an entirely different scenario than most people find themselves in today. The QWERTY keyboard worked well for typewriters--the layout of its keys optimized to keep the machine from getting tangled when a user typed quickly.
These days, however, people often use touchscreens, type with one hand or even one finger, and hold their devices at odd angles while they enter data. Swype hopes to create a system that fits those devices better, while still offering users enough familiarity to make them comfortable trying it out.

The general idea, from the Swype site: 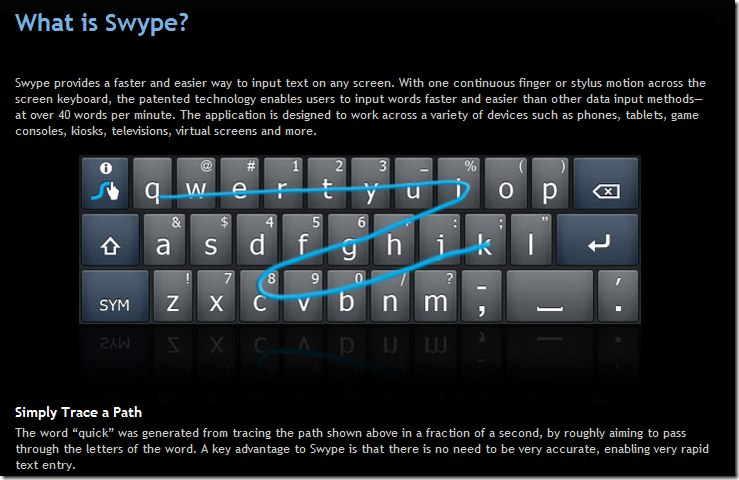