Check the article link below for more details

Why are venture investors placing colossal valuations on consumer Internet companies like Facebook, Groupon and Zynga? Their revenue growth is simply off the charts.

The Wall Street Journal reported Friday that Groupon’s revenue in 2010 rose more than 22 times to $760 million in its second full year since its daily deals site launched, up from $33 million in 2009. Zynga, the maker of online social games like FarmVille, scored revenue of $850 million in its third full year in 2010, more than triple the year before, and Facebook’s revenue rocketed to as high as $2 billion in 2010, its sixth full year. 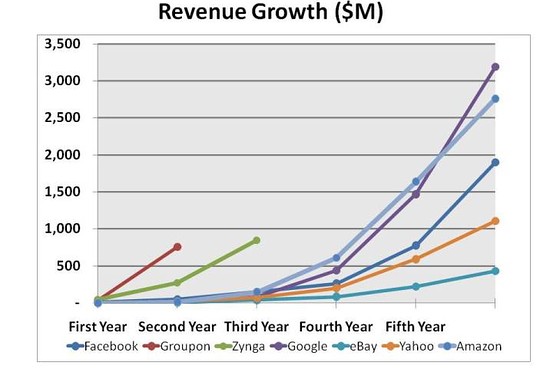