From a detailed SpaceX/Tesla reality check


"While Mr Straubel struggles in hell, Tesla burns money as the Falcon Heavy burns kerosene. Barclays, a bank, reckons that Tesla will consume $4.2bn this year. With just $3.4bn in cash at the end of 2017 Mr Musk will almost certainly need another injection of funds by the middle of the year—and maybe more later. Mr Osborne of Cowen reckons Tesla’s capital expenditures will amount to $20bn-$25bn between 2017 and 2020. Jim Chanos of Kynikos Associates, a prominent short-seller who predicted the collapse of Enron, recently denounced Tesla’s history of missing deadlines and targets as meaning that “the equity is worthless.”

As yet, though, the shareholders do not seem to agree. Tesla’s stock price has held fairly steady; people might even buy more, if offered. They invest because, as a SpaceX insider puts it: “They believe in Elon.” When he says, as he did on February 7th, “If we can send a roadster to the asteroid belt we can solve Model 3 production,” many happily accept the non sequitur." 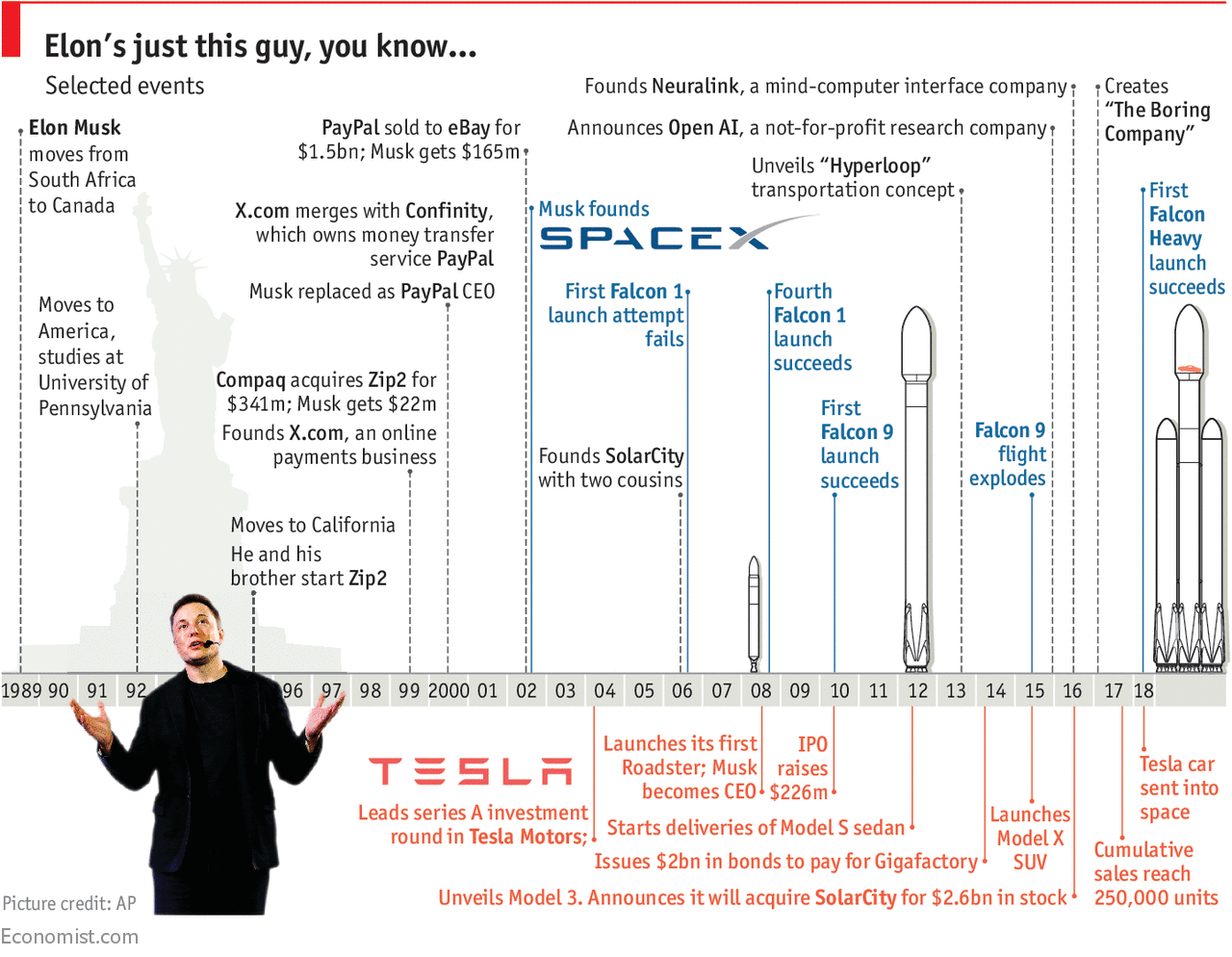 The Falcon Heavy’s creator is trying to change more worlds than one - How Elon Musk does it
Posted by pbokelly at 4:34 PM