Evidently Microsoft’s Chromebook-bashing ads aren’t working; it’ll be interesting to see how the distributions shift when December’s sales are factored in

“The iPad held the biggest share of sales for any tablet in the U.S. during 2013, while sales of Google Chromebooks made up a bigger percentage of the laptop market compared to Mac notebooks, according to a new report from The NPD Group.” 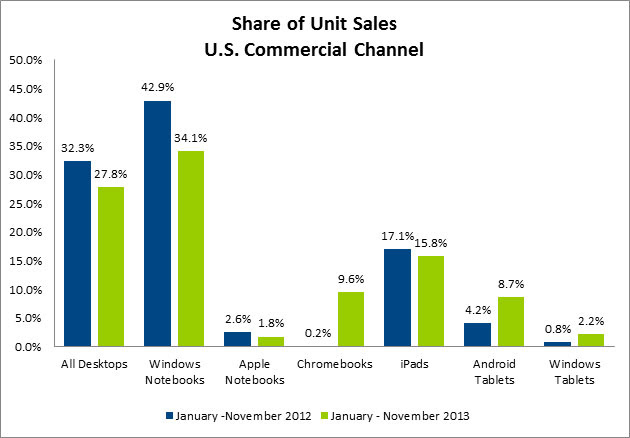