I have to assume this is a hedge bet for HTC -- with ~infinite potential opportunity costs for its relationships with its current (direct -- device vendors) customers building smartphones based on other operating systems, this could backfire in a big way, especially since it's far from a foregone conclusion that Google Android is going to be broadly successful. 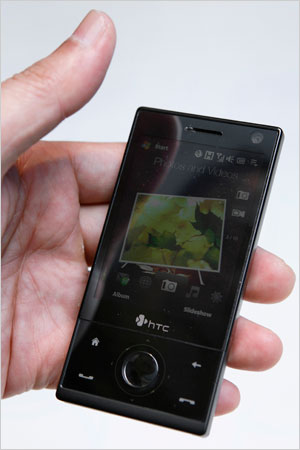 A lot of Americans already use HTC phones — they just do not know it.

HTC accounted for about one in six smartphones in the United States in the first half of this year, but the overwhelming majority of them do not carry the HTC brand, according to Nielsen Mobile.

For much of the past decade, the company operated in relative obscurity as a contract manufacturer for companies like Compaq, Palm and many cellphone carriers, who stamped their own brands on the products.

About two years ago, HTC decided to come out of the shadows with an ambitious goal: establish a global consumer electronics brand that its executives hope will become synonymous with quality.