Another incredible Apple quarter – per Business Insider, the iPhone was 53% of sales for Apple’s most recent quarter

Apple’s quarterly iPhone sales, at more than 37 million smartphones, were numbers that its rivals would kill to have for a year, let alone a quarter. And recent data for the U.S. shows Apple alone nearly even with the entire Android world in market share.

Cook said he is focused on remaining the lead horse in the race, but said he doesn’t see Android as the only competitor.

“I wouldn’t say it is a two-horse race,” he said. “There’s a horse in Redmond that always suits up and always runs.” 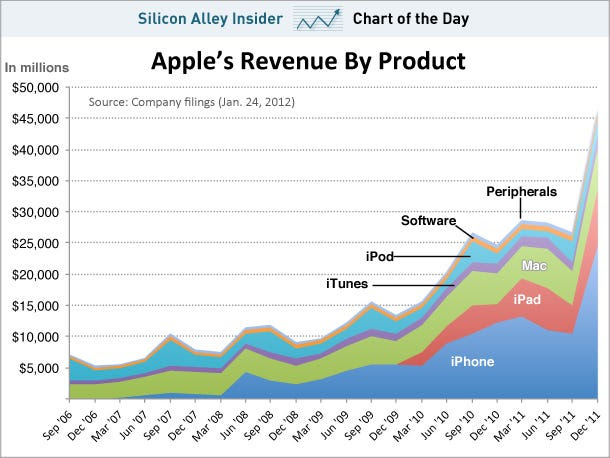