Earlier this month, web measurement and analytics company, comScore reported that Pinterest, a tiny little company based in Silicon Valley is now the 10th largest social platform with billions of page views. 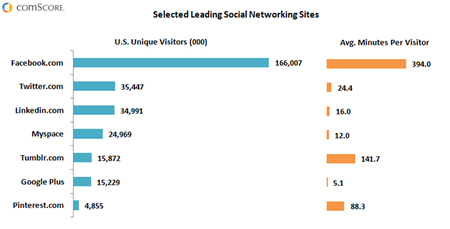 It propelled itself into a group that included Facebook, Twitter and Tumblr. Amazing isn’t it — considering that the service is still at an invite-only stage.

But it shouldn’t be surprising. Remember, with every passing year, the metabolism of the technology industry has increased. It took Yahoo more than a decade to blow past 500 million users. Facebook will hit the billion mark in six years.