Over the last year, Samsung is the biggest share winner

“Apple, they are going to get another boost in momentum here when the release the iPhone 5,” Builta said in a phone interview, adding that HTC and Samsung are also building on their strong positions. Android, as a whole, Builta said, should be the dominant operating system through 2016, thanks to its widespread adoption by multiple phone makers. 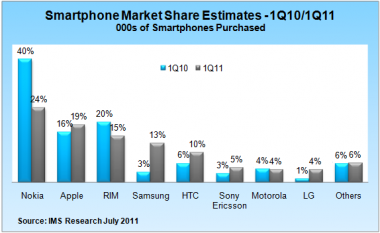