Before it even launches its e-book store, Borders is offering an e-reader discount.

After Amazon and Barnes & Noble slashed their e-reader prices on Monday, Borders responded Tuesday by offering a $20 gift card with the purchase of the $149 Kobo, which is backed by Borders. 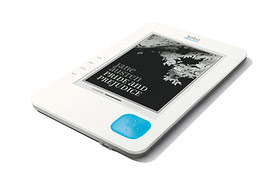 The Kobo is lightweight and doesn’t offer features such as a Wi-Fi connection; Borders had positioned it as an inexpensive alternative to e-readers that were then priced at about $250. On Monday, Barnes & Noble dropped the price of its Nook e-reader to $199 and introduced a version without 3G cellphone-network capabilities for $149; Amazon cut the price of the Kindle to $189.