It turns out Google+ is a virtual ghost town compared with the site of rival Facebook Inc., which is preparing for a massive initial public offering. New data from research firm comScore Inc. shows that Google+ users are signing up—but then not doing much there.

Visitors using personal computers spent an average of about three minutes a month on Google+ between last September and January, versus six to seven hours on Facebook each month over the same period, according to comScore, which didn't have data on mobile usage. 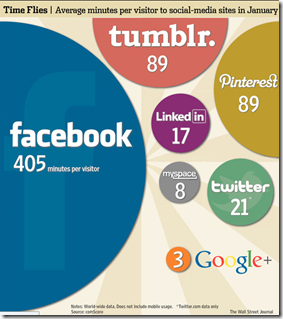