Apple Loses Some of Its Shine - WSJ.com

Still, Apple executives continued to ratchet up expectations for the current quarter that ends in late December. In an interview, Apple's chief financial officer, Peter Oppenheimer, described early sales of the iPhone 4S as "blow-away," and said "we enter the holiday quarter with tremendous momentum."

The company, which is known for issuing low guidance, said it expects fiscal first-quarter earnings of about $9.30 a share on revenue of about $37 billion, higher than some analysts had predicted. 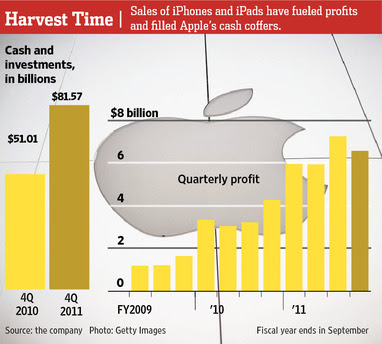 Apple Loses Some of Its Shine - WSJ.com