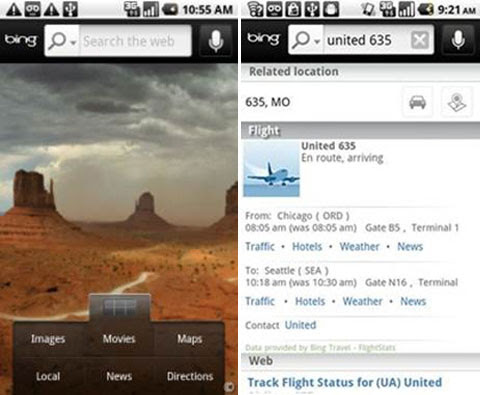 Microsoft Microsoft Bing is now available as a downloadable application for the Android platform.

In late 2009, when Microsoft introduced a downloadable application for the iPhone from Apple, it set off some excitement in the tech world. For years, Microsoft and Apple had been head-to-head in the war for personal computing.

On Monday, the tech world was buzzing again with an announcement by Microsoft’s search group, Bing, that the company has released an application for the Android platform from Google. The move could be seen as an encroachment on Google’s turf, as the two companies compete directly on a number of search platforms.