Revisiting the iMac on its 20th anniversary


"In retrospect you have to wonder if Apple, with the iMac, was lucky to survive into this next era or if that era would have ever happened without the iMac. It’s a question of causality which quickly devolves into an un-winnable argument about stochastic vs. deterministic existence.

Regardless, the result was felt more than seen. The computing industry was pivoting. The results are seen also in the graphs above. The iMac came right in the middle of the “desert” of platform choice of the late 1990s. By the 2000s mobile platforms detonated on the scene. The iPod was Apple’s first entry, in 2001, but it was not a computer. It was an appliance. A stepping stone at a time when the early platform contenders Nokia, Palm, Microsoft and BlackBerry surged before realizing that they did not have sound foundations upon which to build ecosystems. Their advances could not be consolidated." 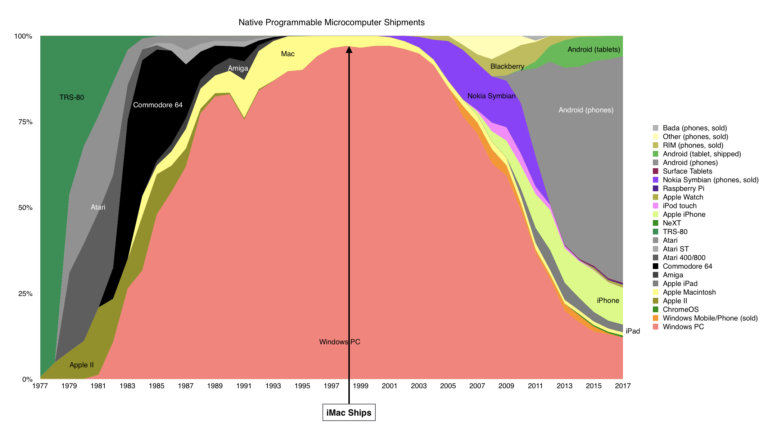 Just in Time | Asymco
Posted by pbokelly at 6:31 AM