There are Notes customers out there, that have expressed this concern and have implemented "no Notes development" policies while maintaining their existing infrastructure. I have even seen some less understandable policies like "Notes apps only in Java" as if those would be more easily portable down the road.

Enter Xpages. IBM once promised you could use your Notes apps in a browser, automagically. Turned out that was not so easy either. So IBM did not promise you could easily turn your Notes apps into Xpages apps. And you can't. You rebuild them as Xpages. Rip and replace.

I had “It’s the apps, stupid!” (a reference to a 1992 Clinton campaign phrase) on my office white board at Lotus for several years, when I was working in Notes product management, as the ability to support collaborative applications (in addition to email) was a longstanding Notes/Domino differentiator.

These days, the Notes/Domino application migration picture usually looks like this: 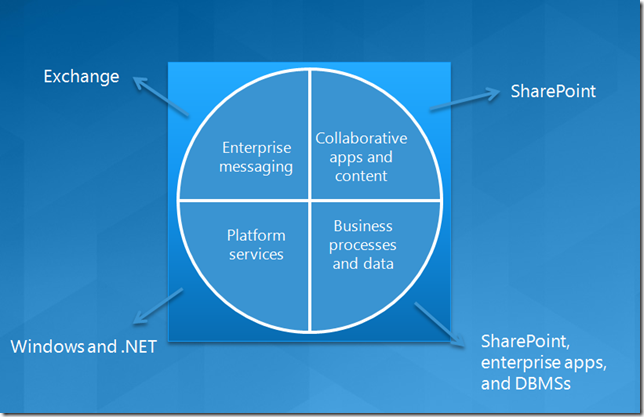 In general, from what I’ve seen lately, the app migration exercise is much simpler (and more highly automated), moving from Notes/Domino to the Microsoft platform, than it is going from traditional Notes/Domino to Java (e.g., IBM WebSphere) or the fledgling Domino XPages framework.