Tbd if/when/where mile 2 will be completed...


"On Tuesday, Mr. Musk unveiled the first mile-long stretch of his underground vision of a transit system in this suburb of 90,000 people about 15 miles southwest of Los Angeles. It is the home of both SpaceX and his tunneling enterprise, called the Boring Company.

But the promotional event, which attracted hundreds of people who lined up to see the tunnel, fell short of earlier promises of a system that could transport up to 16 people at a time in electric-powered pods. Mr. Musk said he had abandoned that concept in favor of a system using more conventional passenger vehicles." 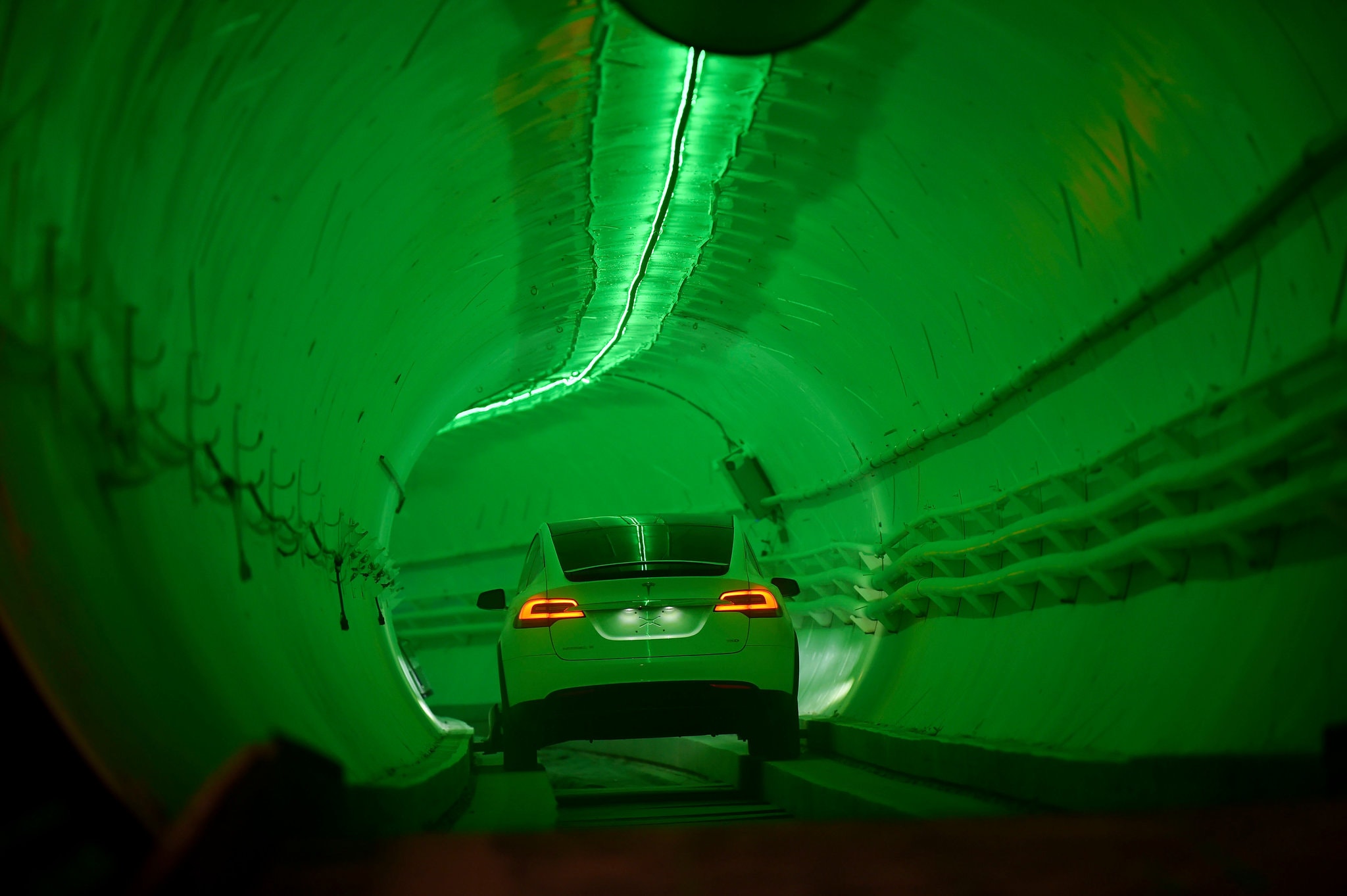 It’s Showtime for Elon Musk’s Boring Co., With a Long Way to Go | NYT
Posted by pbokelly at 6:57 AM