From Amazon, Apple, Comcast and AT&T: This is who owns the media today - Recode

Make that more like ~$108B for Netflix, after its earnings announcement this week


"The media landscape used to be straightforward: Content companies — studios — made stuff — TV shows and movies — and sold it to pay TV distributors, who sold it to consumers.

Now things are up for grabs: Netflix buys stuff from the studios, but it’s making its own stuff, too, and it’s selling it directly to consumers. That’s one of the reasons older media companies are trying to compete by consolidating. And new distributors like Verizon and AT&T are getting in on the action. AT&T, for instance, wants to merge with Time Warner.

Meanwhile, giant tech companies like Google, Amazon and Apple that used to be on the sidelines are getting closer and closer to the action." 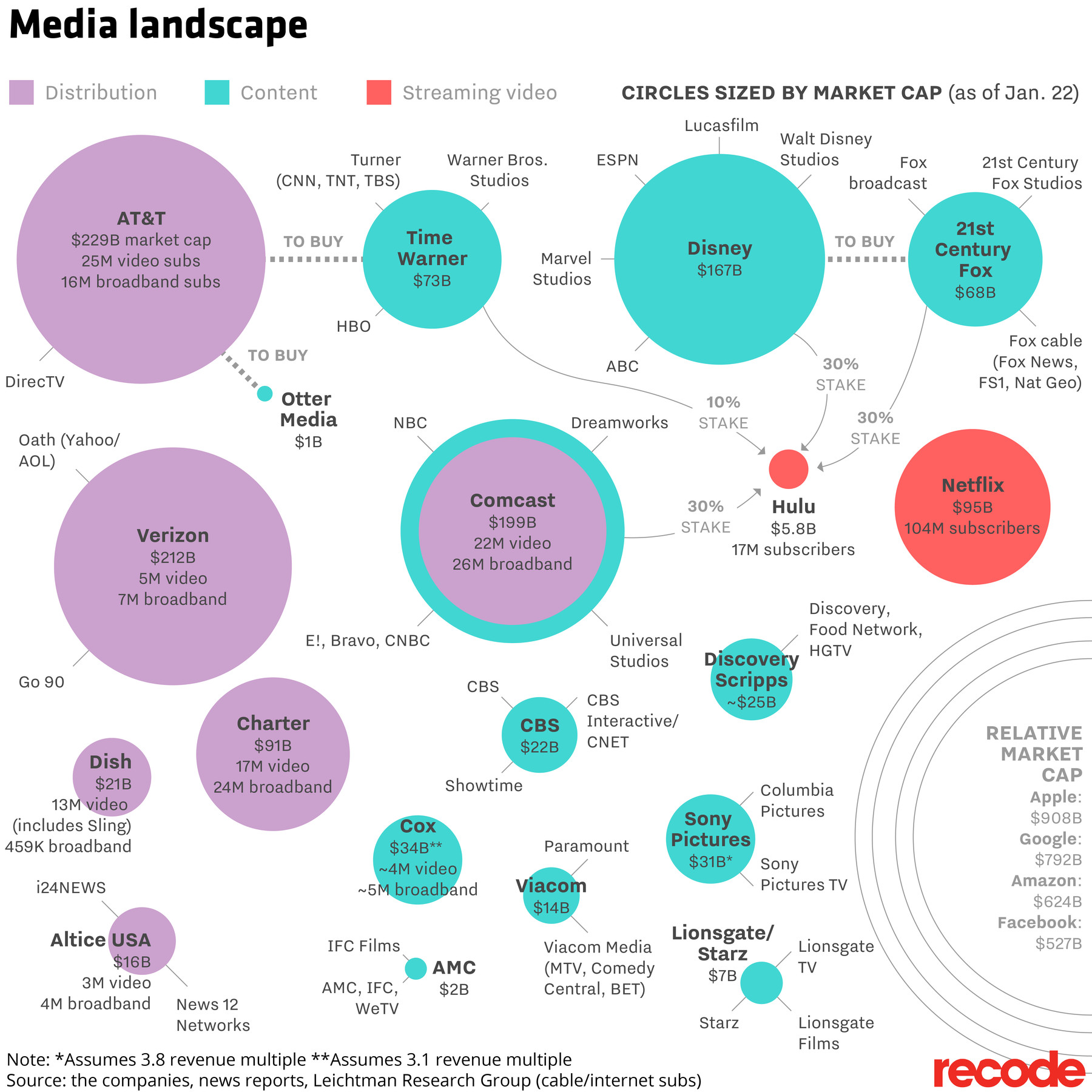 From Amazon, Apple, Comcast and AT&T: This is who owns the media today - Recode
Posted by pbokelly at 7:31 AM