Nothing below the Surface (in terms of estimated breakage rate by the end of the 2nd year of ownership), according to Consumer Reports


"Microsoft says it respectfully disagrees with Consumer Reports’ findings on its Surface range of laptops and tablets. Consumer Reports has removed its “recommended” badge from Microsoft’s entire lineup of Surface PCs because the hardware was found to be less reliable than other PC brands. In a surprise report, Consumer Reports surveyed 90,000 tablet and laptop owners and found roughly 25 percent of Surface users have encountered issues by the end of the second year of ownership.

Microsoft disagrees with Consumer Reports’ findings, and Surface chief Panos Panay says the company stands “firmly behind the quality and reliability of the Surface family of devices.” In a blog post, Panay says the Consumer Reports survey is disappointing. “While we respect Consumer Reports, we disagree with their findings,” says Panay. “In the Surface team we track quality constantly, using metrics that include failure and return rates — both our predicted 1-2-year failure and actual return rates for Surface Pro 4 and Surface Book are significantly lower than 25 percent.”" 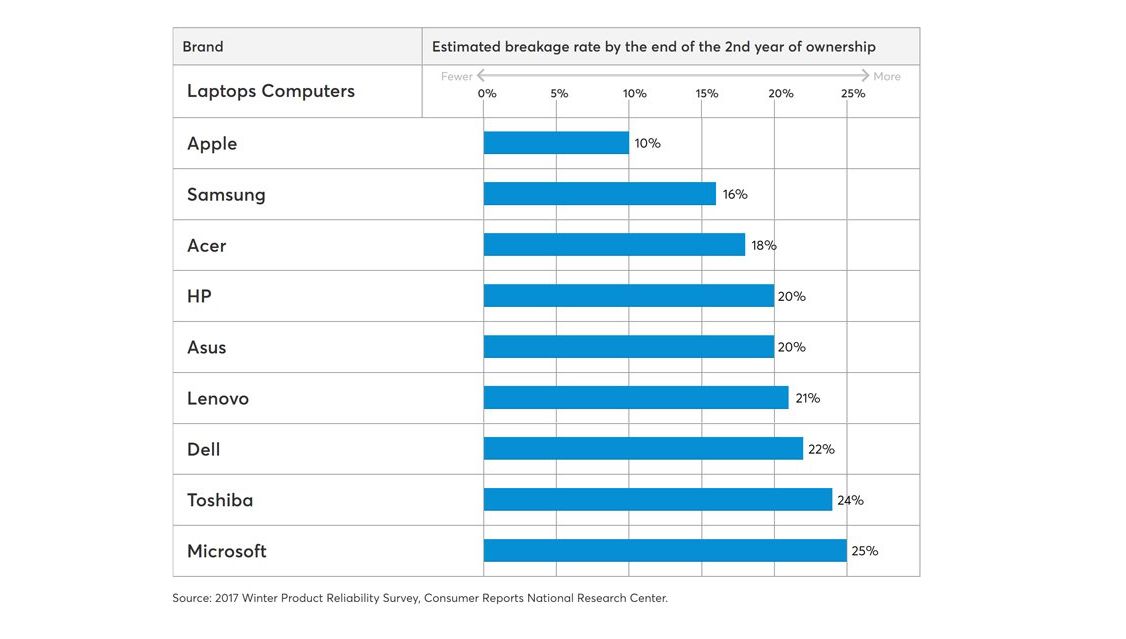 Microsoft dismisses Consumer Reports’ Surface complaints - The Verge
Posted by pbokelly at 7:15 AM