“According to the report, 95 percent of teens (12 – 17) use the internet and 81 percent of them use social media sites. Facebook is by far the most heavily adopted social site, with 94 percent of social media teens reporting they have a profile there.

Twitter and Instagram are far behind Facebook, but both have made impressive gains. Twitter was used by only 12% of teens in 2011 but more than doubled that to 26% in 2012. with usage of 26% and 11%. Instagram doesn’t appear to have been measured in 2011, so surveyed growth can’t be determined. But it comes in with an impressive third place at 11%.” 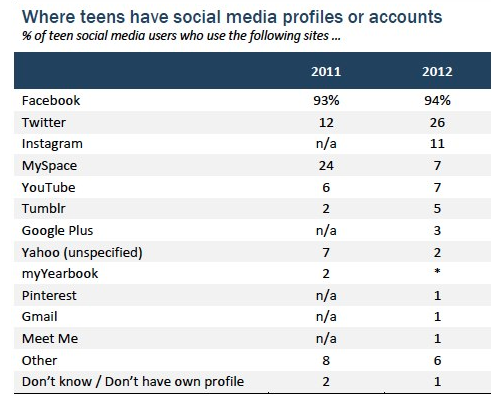