Morning routines have been like this since the fall, when school officials mounted a mobile Internet router to bus No. 92’s sheet-metal frame, enabling students to surf the Web. The students call it the Internet Bus, and what began as a high-tech experiment has had an old-fashioned — and unexpected — result. Wi-Fi access has transformed what was often a boisterous bus ride into a rolling study hall, and behavioral problems have virtually disappeared. 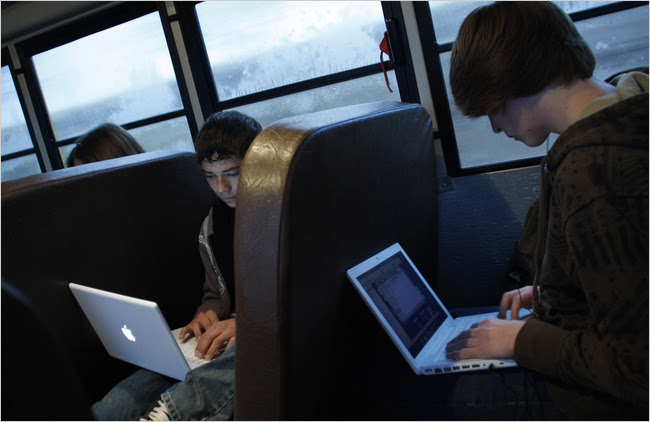