Slow Down, Brave Multitasker, and Don’t Read This in Traffic - New York Times 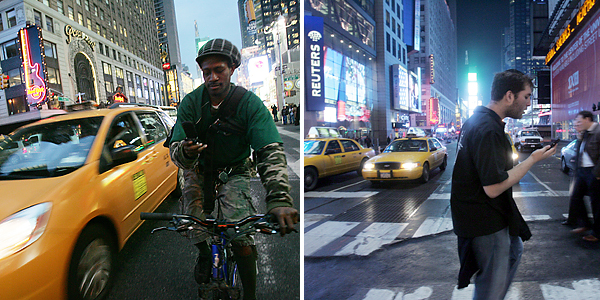 Several research reports, both recently published and not yet published, provide evidence of the limits of multitasking. The findings, according to neuroscientists, psychologists and management professors, suggest that many people would be wise to curb their multitasking behavior when working in an office, studying or driving a car.

These experts have some basic advice. Check e-mail messages once an hour, at most. Listening to soothing background music while studying may improve concentration. But other distractions — most songs with lyrics, instant messaging, television shows — hamper performance. Driving while talking on a cellphone, even with a hands-free headset, is a bad idea.

Read the full article for more details from recent research in this context.