In addition, Apple and Samsung combined to grab 91% of the operating profits of all cellphone makers in the fourth quarter, up from 61% last year, according to Strategy Analytics, a London-based market research firm.

"At this stage, it does look like these two are pulling away," said Manish Nigam, a technology analyst at Credit Suisse in Hong Kong.” 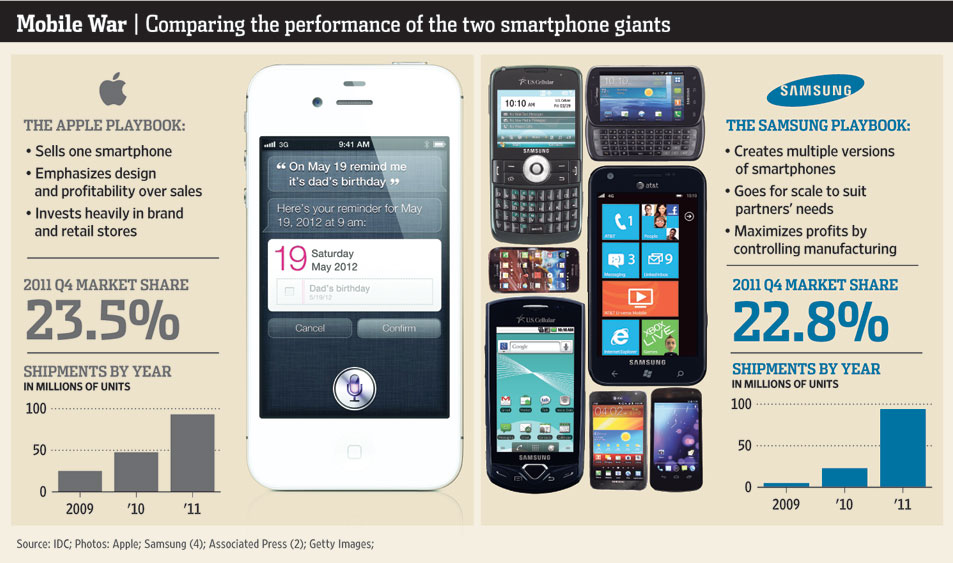